A user recently submitted a Farsi translation for the Sidekiq Web UI and I quickly merged it, happy to see another language supported.

Unfortunately, as you know, no good deed goes unpunished.

I quickly learned that the Farsi language uses an RTL script - it is written from right to left. Like a written page, webapps displaying Farsi text should be flipped so they are RTL.

Webapps that can dynamically change text direction are called bi-directional, or BiDi. As you might imagine BiDi support isn’t trivial but can be done.

My i18n goal with the Sidekiq Web UI is simple: be as inclusive as reasonably possible. I can’t speak any languages fluently except English but our open source community has developers that speak hundreds of languages and can help in the effort. I’m proud that the Web UI supports 20+ LTR languages today but it pains me that I can’t support Farsi, Hebrew, Arabic and other RTL languages.

Until now! Here’s what I did.

There’s a number of automated tools for scanning CSS files and outputing flipped rules to be used when emitting RTL pages. These rules will override your standard LTR rules: where you specify padding-left, you want padding-right, etc.

It helped a lot that I’ve kept the UI to one simple CSS file, with no additional tooling or build process. Bootstrap 3.x is popular enough that other people have created flipped overrides for it already. The only hard work was creating application-rtl.css.

2. Fix up the Generated CSS

Unfortunately it’s not that easy; you’ll note that now we have a margin on both sides when rendering RTL. What I had to do was go through the generated application-rtl.css and update the rules to make them true overrides, like so:

Sidekiq’s Web UI doesn’t have a huge amount of CSS. It took me less than an hour to go through 1000 lines, one at a time.

3. Include the right CSS

Now you include your application.css as normal and optionally include the RTL overrides if rendering an RTL script. For example, I put this RTL logic in <head>:

The rtl? method is very simple, it just checks for Farsi as the current locale: 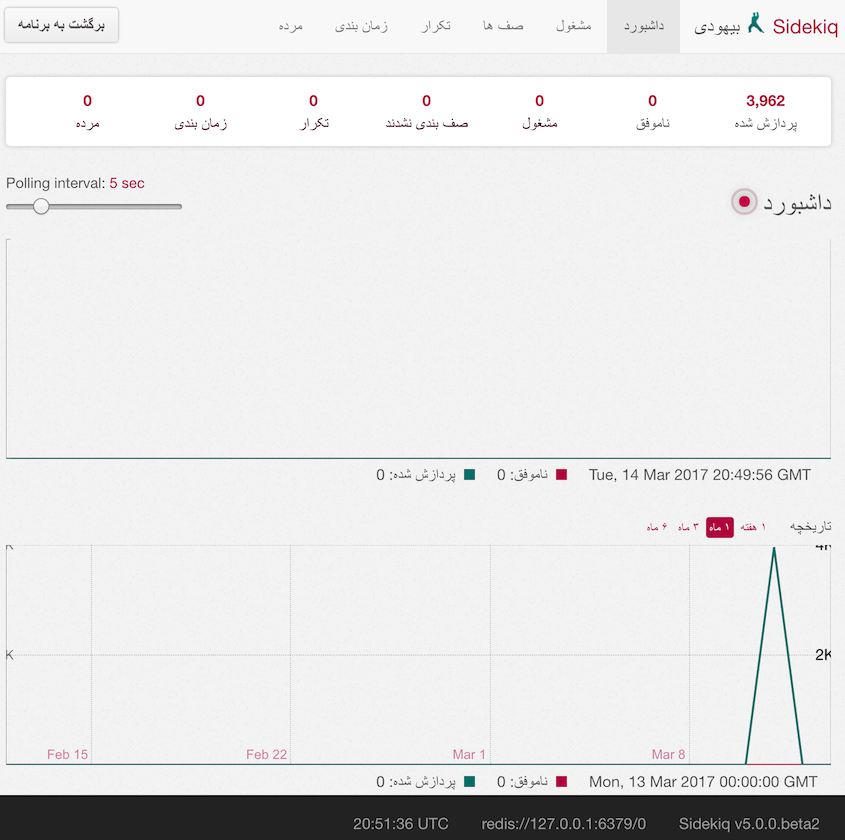 There are some upcoming standards on the horizon for easier BiDi support in CSS so you wouldn’t need overrides at all:

inline-start maps to right in RTL and left in LTR. Unfortunately only Firefox supports this syntax today or I could have just updated application.css directly. I hope the other browser vendors can implement this soon as it greatly eases the burden of BiDi support.

This was an extremely brief overview of what I had to do. Thirty minutes of reading blog posts taught me a LOT about this subject. Here’s a few links with more detail:

I’ve learned after 20 years in the industry that i18n and l10n support is fractal: there is always more complexity that causes problems (date and number formatting, pluralization rules and text direction are just three examples) but I make the effort so that more people can use Sidekiq comfortably.

This BiDi work will be part of Sidekiq 5.0. If you see a problem in your own language/locale, please open an issue or send a pull request to fix it.